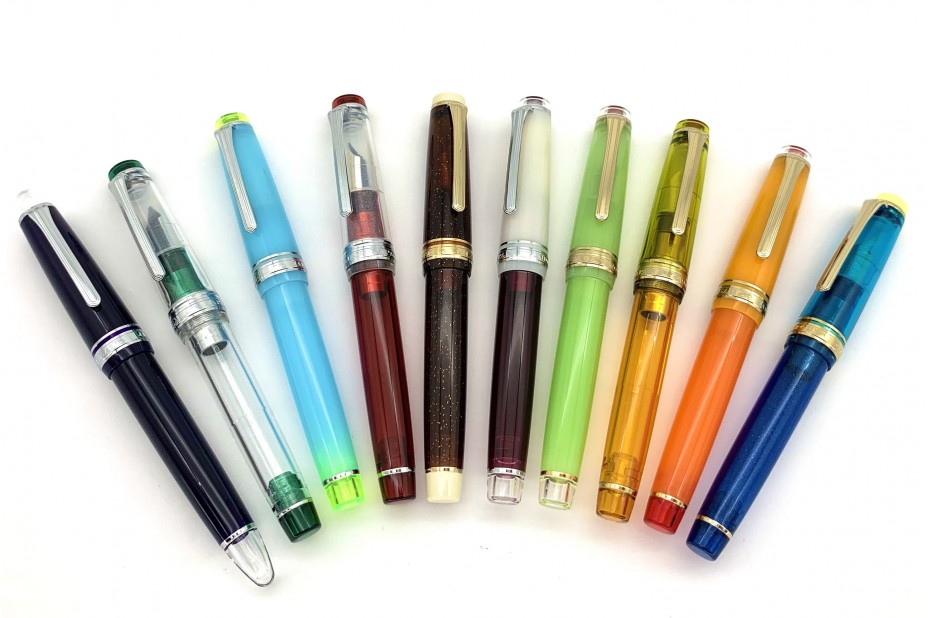 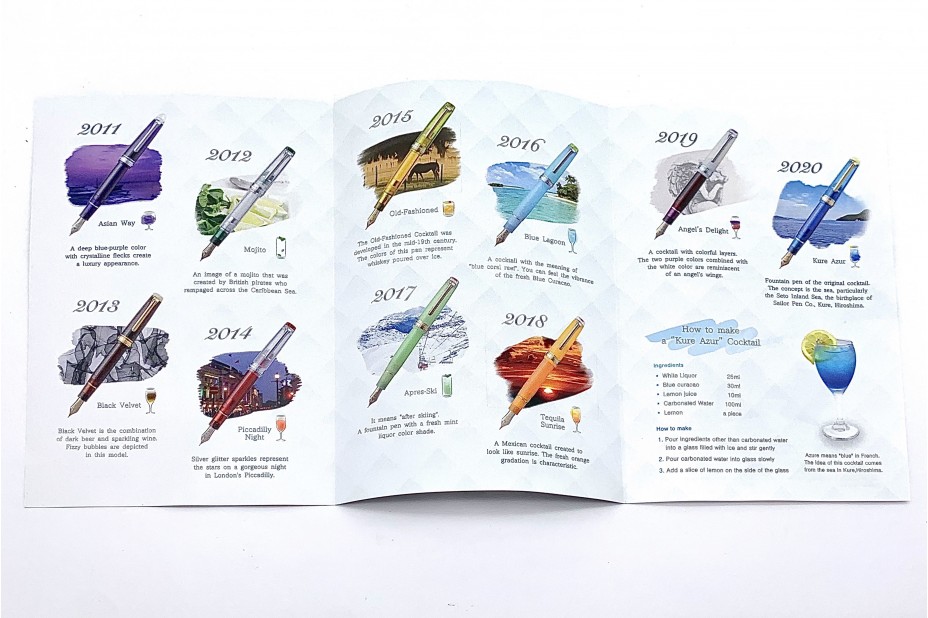 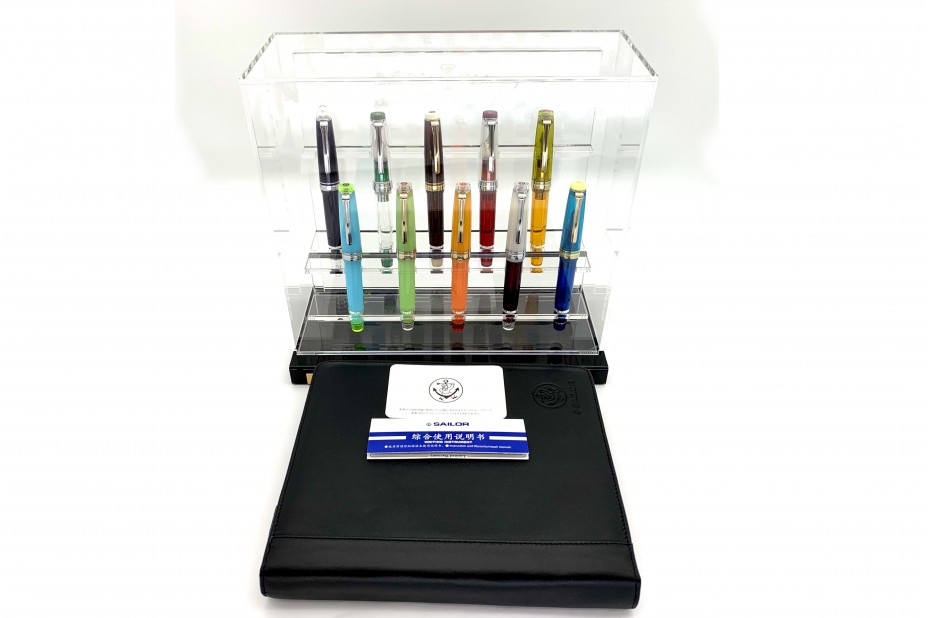 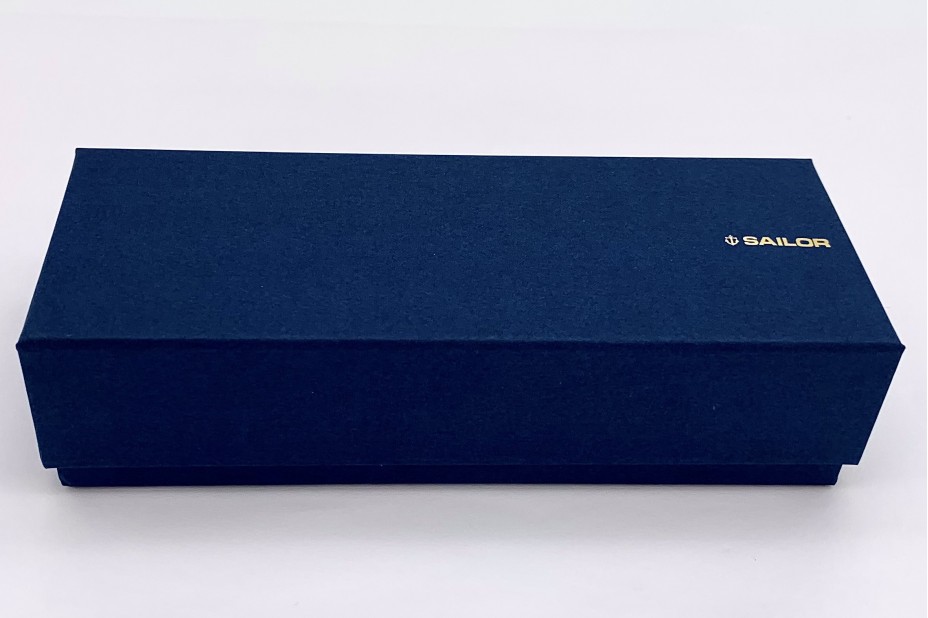 The ten Sailor Cocktail Series fountain pens in this set include:

Sailor has released one special edition of Cocktail Series fountain pen every year since 2011. Each pen is named after a popular drink.

Be it the simplicity of a Martini or the complexity of a Commonwealth, cocktail drinks are enjoyed by many, not only for their flavors, but as masterfully crafted works of art.

Every year since 2011, consumers throughout Japan have been 'served' cocktail themed fountain pens created by Sailor 'mixologists'.
These elegant and colorful limited edition Sailor fountain pens draw their creative inspiration from cocktail drinks from around the world.
They have been enjoyed and appreciated vastly throughout Japan not only for their superb writing experience but also as creative works of art.
Now on its 10th year, the Sailor Pen Company will make available in North America a special Cocktail Series 10th Anniversary Assorted Set which contains all ten pens of this series dating back to 2011! A wonderful anniversary set,
much like a cocktail drink, that is meant for us to sip slowly, enjoy, and appreciate.