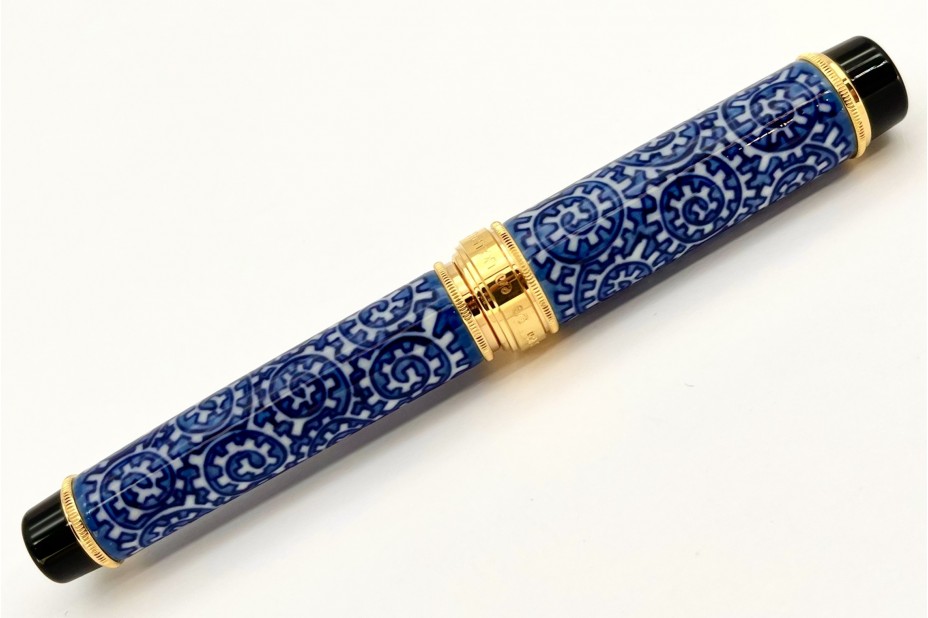 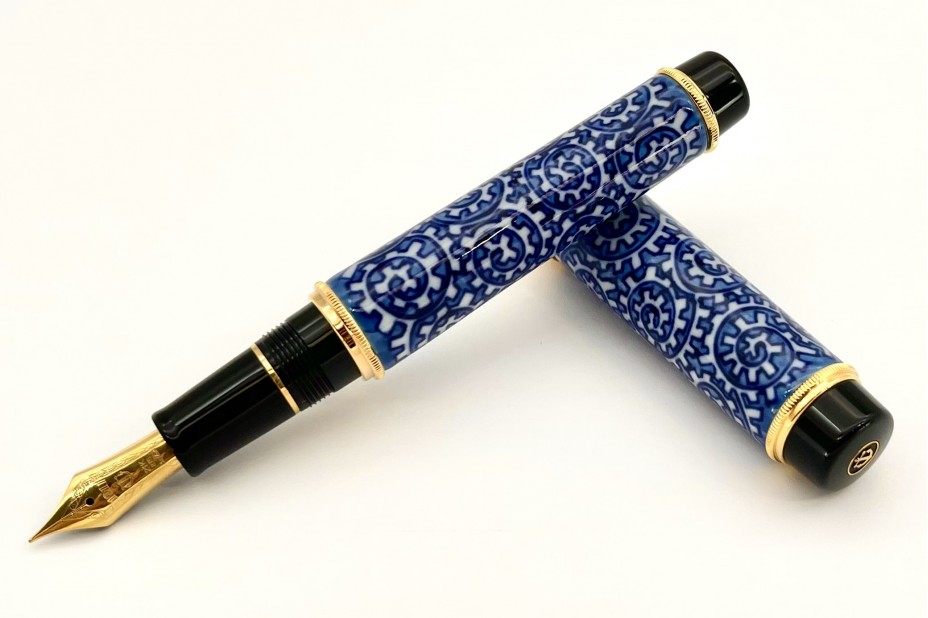 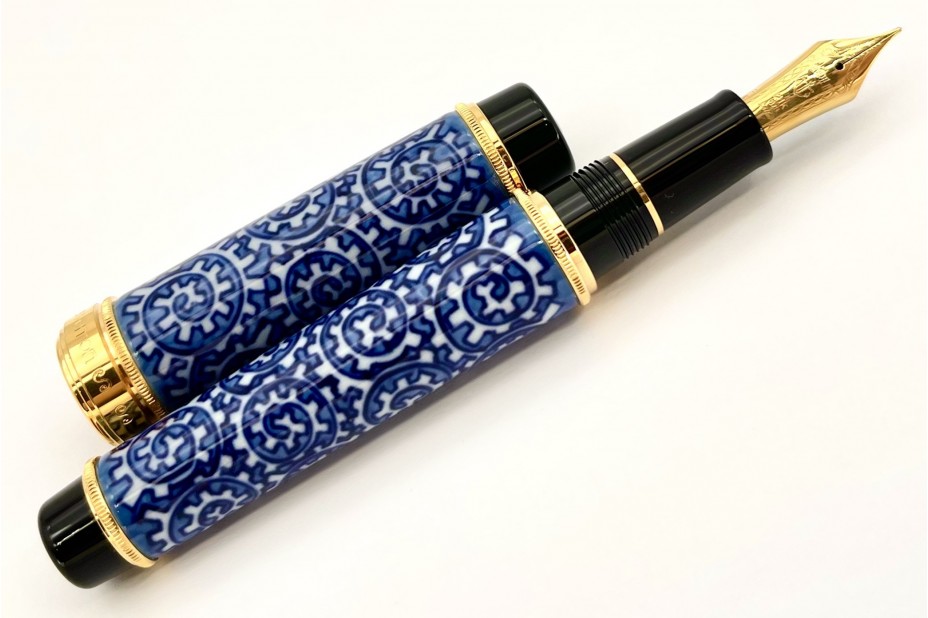 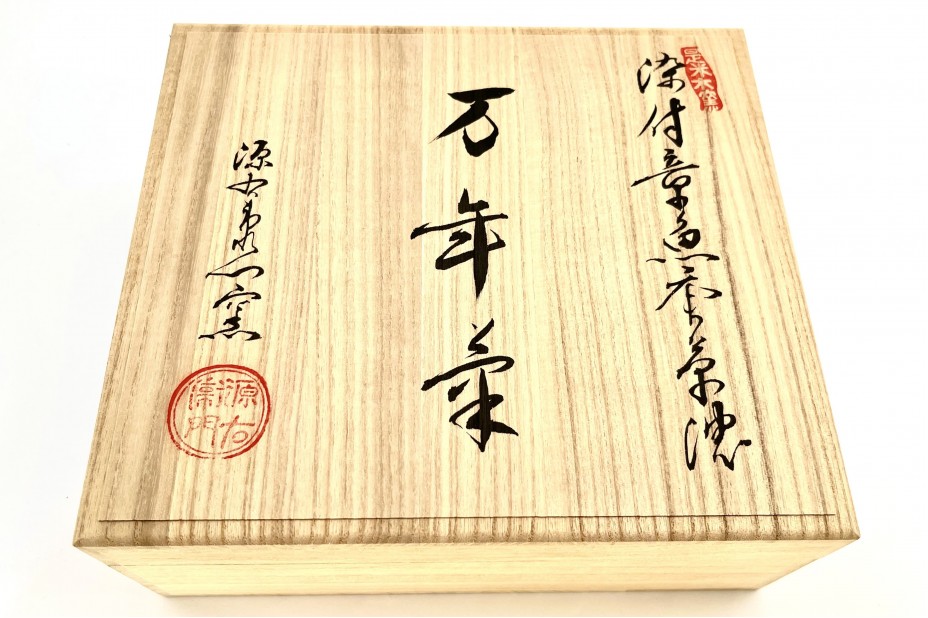 Japanese porcelain was first produced in the early 17th century in a small town called Arita located in the Northern part of Kyushu Island, which is the southernmost island of the four main islands of Japan. Towards the end of the 16th century, Hideyoshi Toyotomi, the ruler of Japan at that time, sent his army to invade Korea twice. The feudal Lord Nabeshima, who also participated in the invasions with his troops, forced a Korean master potter named Ri Sampei and his potters group to come to Japan. It is generally accepted that this Lorean potter discovered a large kaolin deposit in Izumiyama mountain in Arita, and that he successfully produced white porcealin in Japan for the first time. In 1648, Nabeshima's feudal clan government placed Arita under its strict administration in order to protect and promote porcelain manufacture in Arita, as well as prevent the leakage of the porcelain making technique to other feuda clans. It also limited porcelain trade with merchants from other feudal clans to the nearby port town of Imari. Arita porcelain intended for trade was shipped from Imari port to other districts of Japan and even to foreign countries through Nagasaki. for this reason, Arita porcelain produced in the Edo period is now called "Old Imari". After 1639, Japan adopted the policy of national isolation. During that period, Holland and China were the only countries allowed to trade with Japan. Nagasaki port was the only open window to foreign coyuntries. In those days, the Dutch East India Company was making enormous profits importing spices fom the East and ceramics from China to Europe. However, around the middle of the 17th Century, it had become difficult to trade with China because of disturbances in the last years of the Ming dynasty. Therefore, the Dutch East India Company ordered a great amount of porcealin from arita. From 1653 to the end of the Edo period, nore than two million pieces of Arita porcelain were exported to southeastern countries and even all the way to Europe through the port of Nagasaki. European nobility and royalty gorgeously decorated their rococo style palaces and mansions with "Imari". Imari ware was their status symbol.In all ages and countries, regardless of east or west, "Old Imari" has enriched the lives of many people. Some 250 years have passed since Gen-emon kiln was established in Zemeki, Arita. Throughout those long tears, Gen-emon kiln has preserved the tradition of "Old Imari" by producing beautiful porcelain which has attracted people of various time to Gen-emon. Duting its long history, there have been hard times such as the Meji restoration and World War II. The wartime was particularly hard because the entire nation was involved in narional defense activities under a controlled economy. However, Gen-emon kiln was designated as an authorised kiln to produce artistic porcelain. Unde those circumstances, Genemon V devoted himself to studying industrial ceramic arts, and he succeeded in maintaining the tradition of Arita porcelain by improving conventional techniques and designs. Coming through the post-was confusion, Gen-emon VI expanded the traditional techniques of Gen-emon kiln further by developing and producing restaurant tableware as well as artistic porcelain. Later, he shifted his emphasis, as he started producing household tableware. The wanted to make the beauty of "Old Imari" more available in household tableware in order to encourage more beautul and creative lifestyles. Thus he dedicated his life to the restoration of "Old OImari" by seeing household tableware through new eyes.The characteristic styles of Gen-emon kiln, which are highly regarded both in Japan and abroad, can be seem in its present products. One can see the simple, but free and easy style of Early Imari, plus the brilliant and dignified style of Exported Imari, which requires skilful brushwork. In addition, an original Gen-emon style based on the Imari styles has been established which sucessfully reflects comtemporary tastes. The outstanding feature of Gen-emon kiln is that each product is formed and painted by hand, utilising the traditional techniques of Arita porcelain. Because of the difficulty of firing porcelain requires perfect work in each process, a specialised systematic process was developed here in Arita. In porcelain production, it is necessary for individual artisans to do their best owrk in their own areas of expertise. Areas of expertise include throwing, painting, glasing, and firing with everyone giving great attention to materials. Gen-emon kiln uses unique clay, glaze, fuel (Japanese red pine), and pigments. Gen-emon kiln porcelain is the culmination of creativity and effort involving the entire kiln. Because of the great deal of work involved in producing each and every pen, they are only made to order.