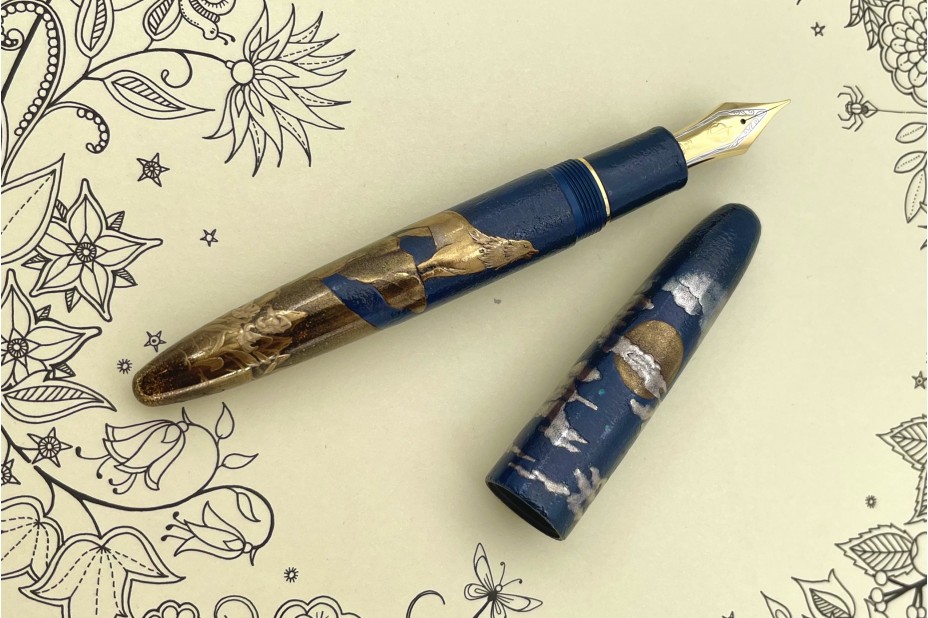 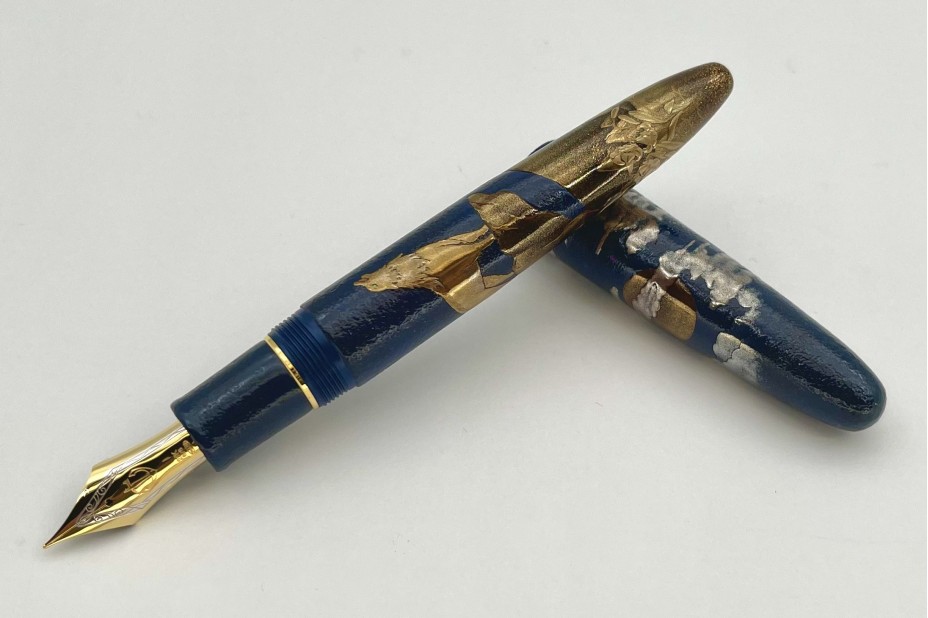 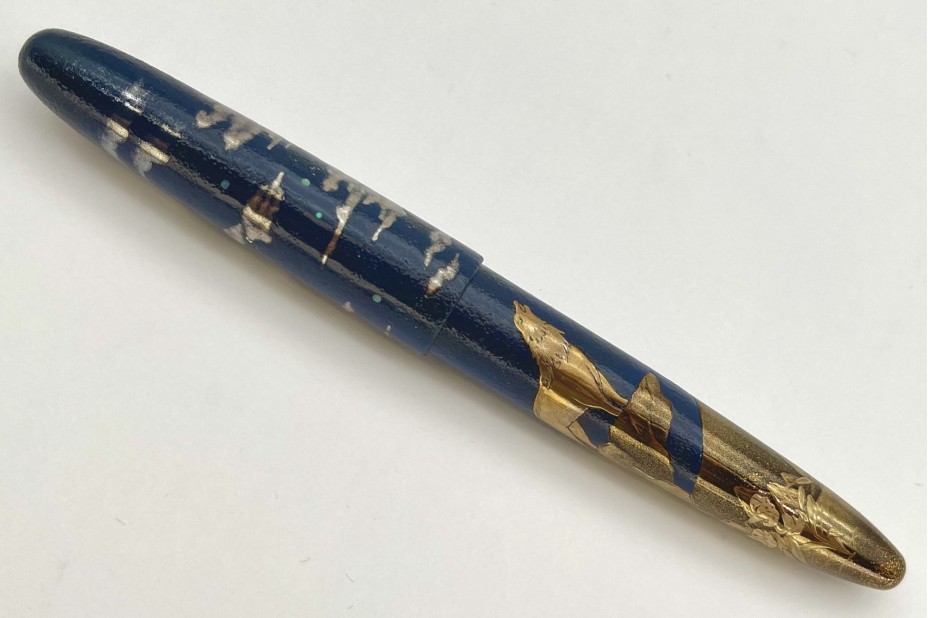 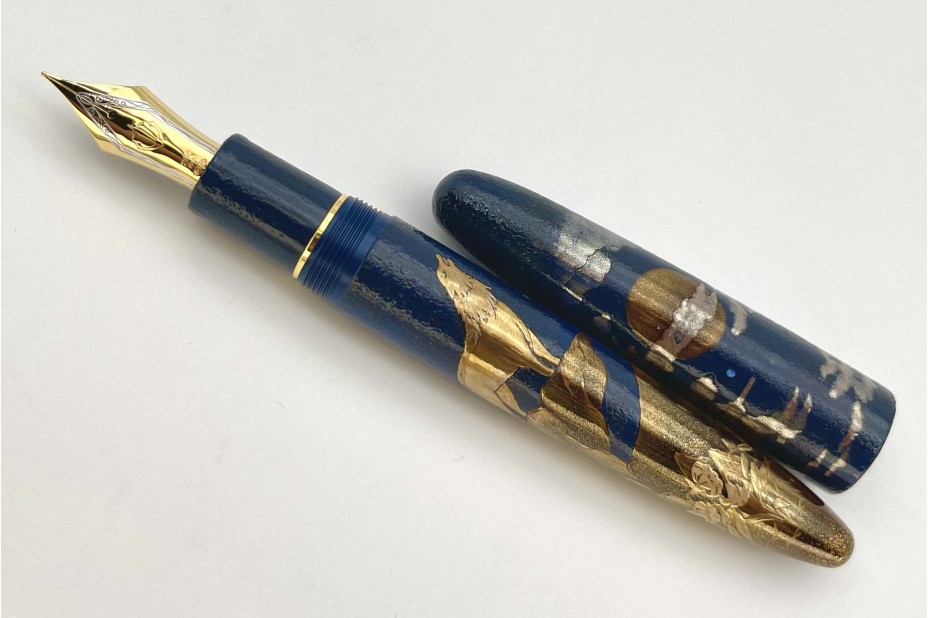 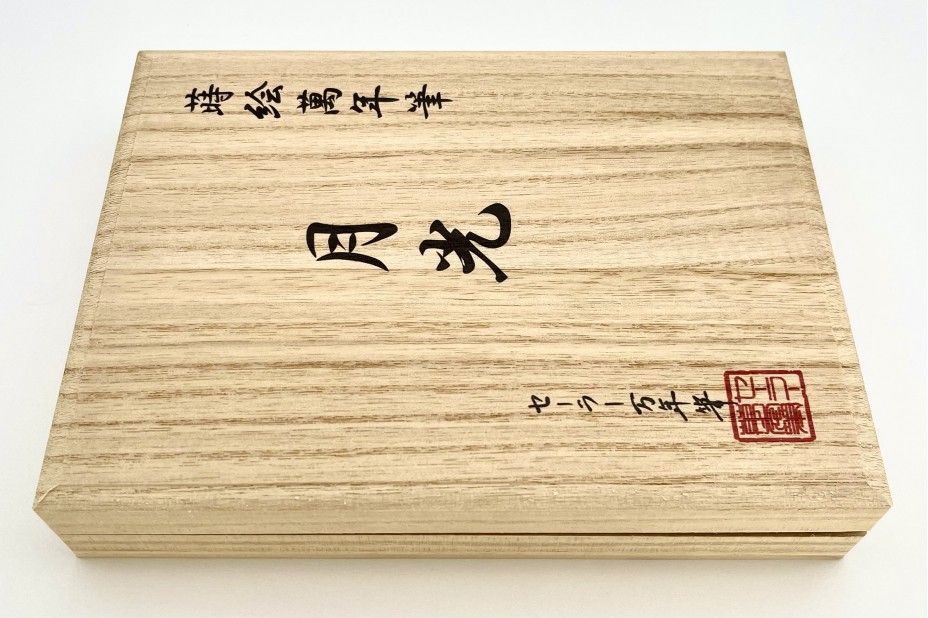 Dobutsu to Gekkou [Animals in the Moonlight]

The Moon has multitude of influences on Life on Earth and Wildlife has adapted to its many effects.
Moonlight itself has always fascinated humankind and its special artistic impressions have been well documented over time.
In Japanese folklore, some Ookami was believed that they walked with a girl through a forest at night until she arrives at home without doing her any harm.
Nihon Ookami is considered to be extinct in the early 1900s.

Mr Ikki Moroike was born in 1962 in Ishikawa prefecture in Japan. After graduating from high school in 1980, he served his apprenticeship with Mr Ikkou Kiyose a famous Maki-e artist, living in Kanazawa.