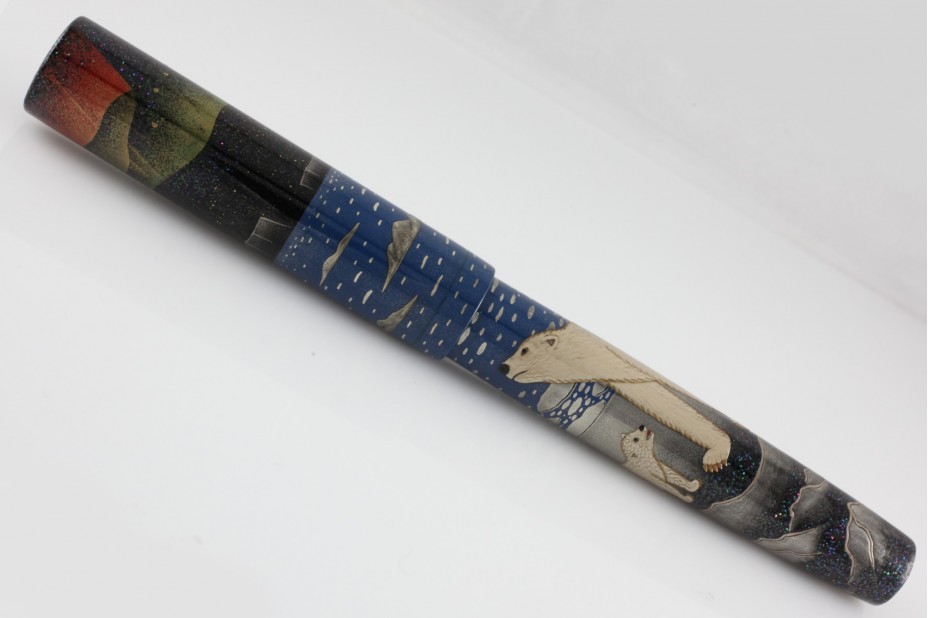 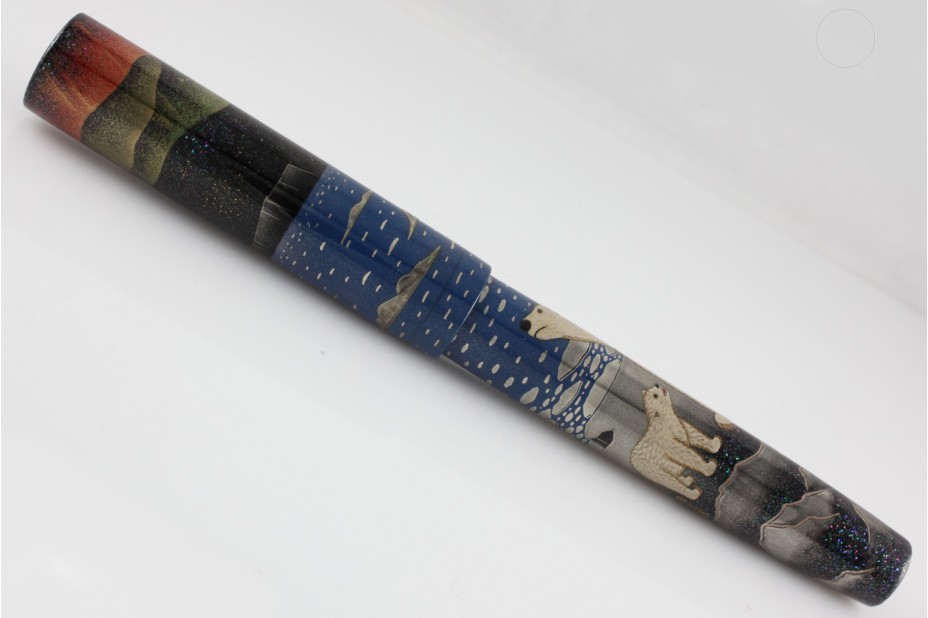 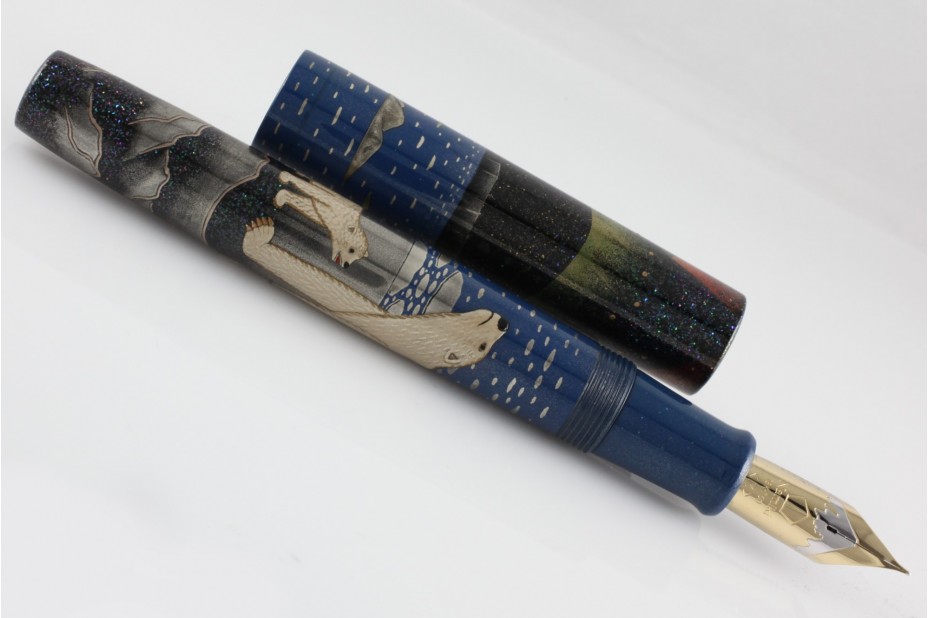 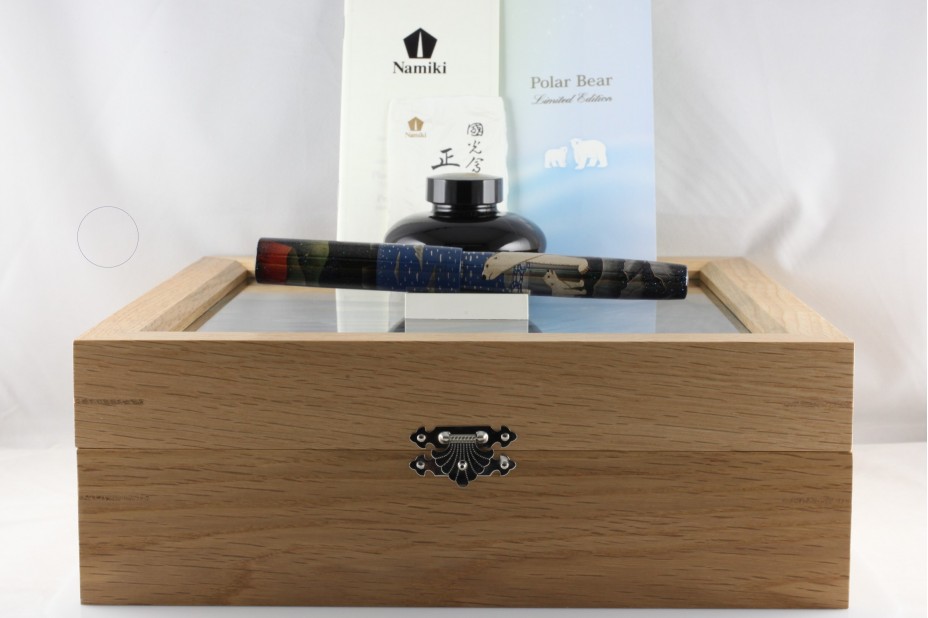 Produced in an edition of 99 pieces, this is one of Namiki's most-limited issues. This Emperor-size "flat-top" fountain pen was released just before the announcement of the creation of a polar bear refuge in the Arctic.
The pen is filled with texture, both visual and tactile. The ice flows, as seen above, are raised above the surface of the cap. The iceberg seen to the left seems to float off into the distance, an abstract of transparency and hard-edged form.

The ice flow incorporates two different Maki-e techniques, togidashi-maki-e (burnished Maki-e) and taka-maki-e (raised Maki-e). Togidahsi-maki-e is a method in which silver and gilded patterns are dried, recoated with Urushi, and finally burnished to a high sheen using charcoal. This style of Maki-e dates to the 7th century. The Taka-maki-e method, on the other hand, is applied on patterns in raised relief and dates to the 12th century. Notice how the light reflects off both the raised and burnished surface of the ice as well as the forms at the bottom of the barrel. This is one of the most labor- intensive methods used in the production of Maki-e pens.

The top of the cap is also adorned with tiny pieces of raden (abalone shell flakes), which refract different colors depending upon the angle from which the light strikes. Also notice the Big Dipper, Ursa Major, in gold dots on the side of the cap. Ursa Minor is seen at the very top.
Blue, white, silver, gold, and red form the palate for this northern motif. Hand-painted and speckled pigments are used, as well as gold and silver dust embedded in the Urushi lacquer.