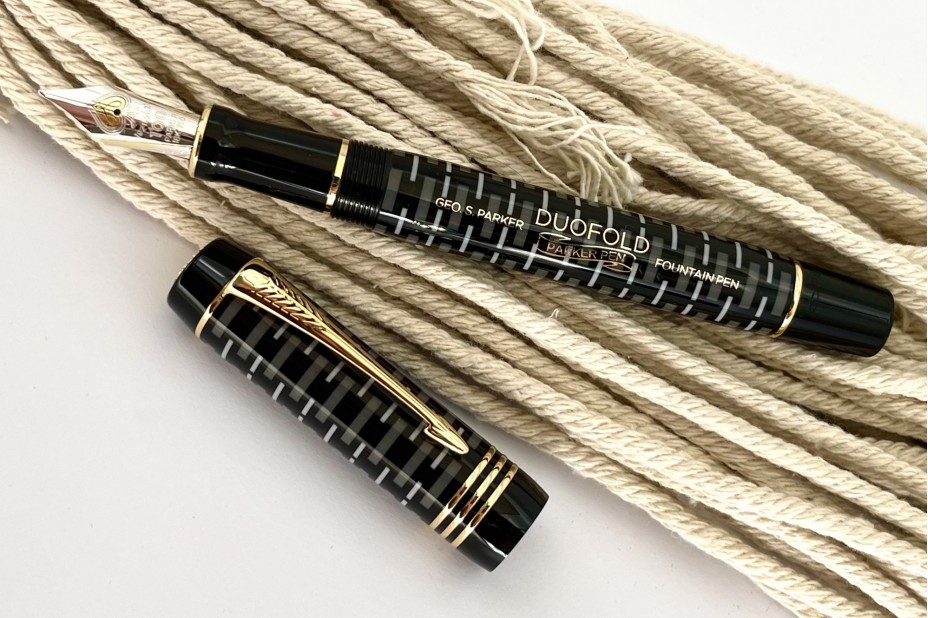 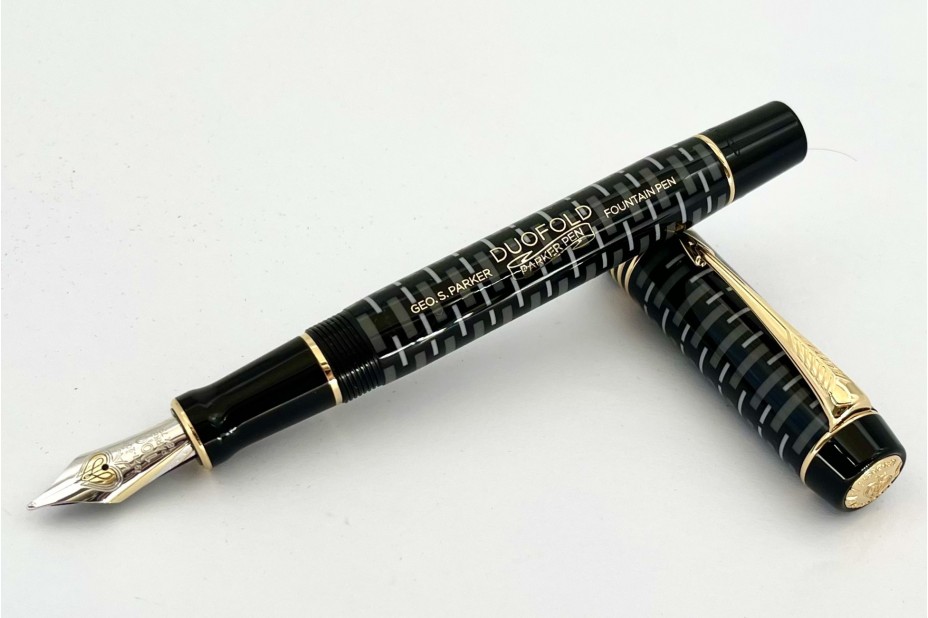 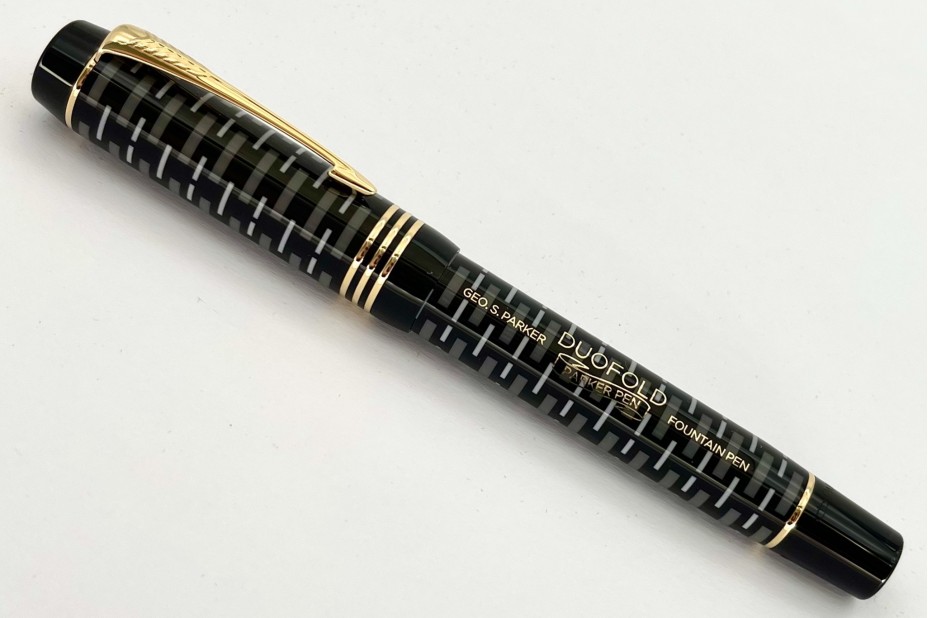 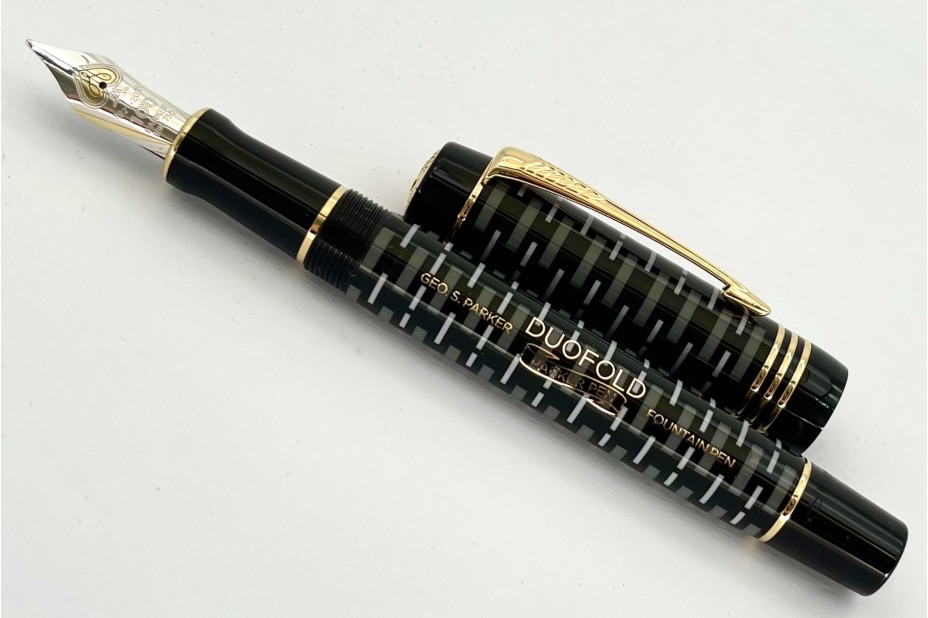 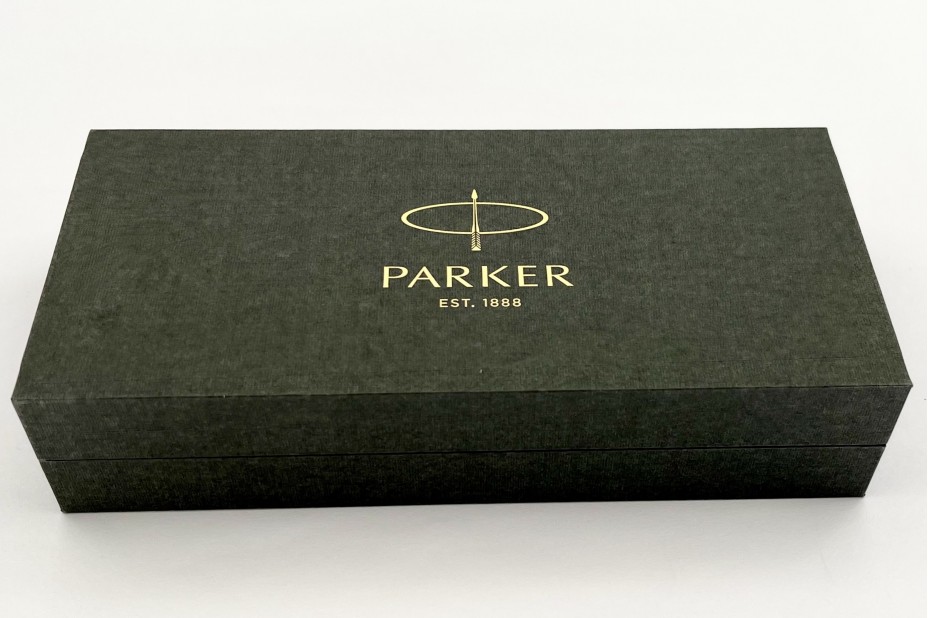 2021 marks 100 years since the original launch of Parker's iconic Duofold pen. To celebrate a century of excellence, Parker honors the tradition of the Duofold design with the release of their 100th anniversary edition.

The inspiration of the finish of the 3 pens all dates back to the original pens from 1921 and 1927, the Big Red (1921), Black (1921) and Lapis Lazuli (1927). Parker began to manufacture Duofolds from plastic in the 1920s. The plastic had several advantages over hard rubber, which it replaced. It was stronger and could be produced in many different colours.
Parker began experimenting with the Duofold by fusing different coloured plastics together, in order to make alternating bands of colour.
The Anniversary Edition takes inspiration from those early experiments by delicately fusing multiple thin layers of precious resin together to form an intricate pattern on the cap and barrel. Each pen comprises of three precious resins, and although made with a different process today, each resin is carefully selected to create alternating bands of colour, a clear nod to those early experiments.