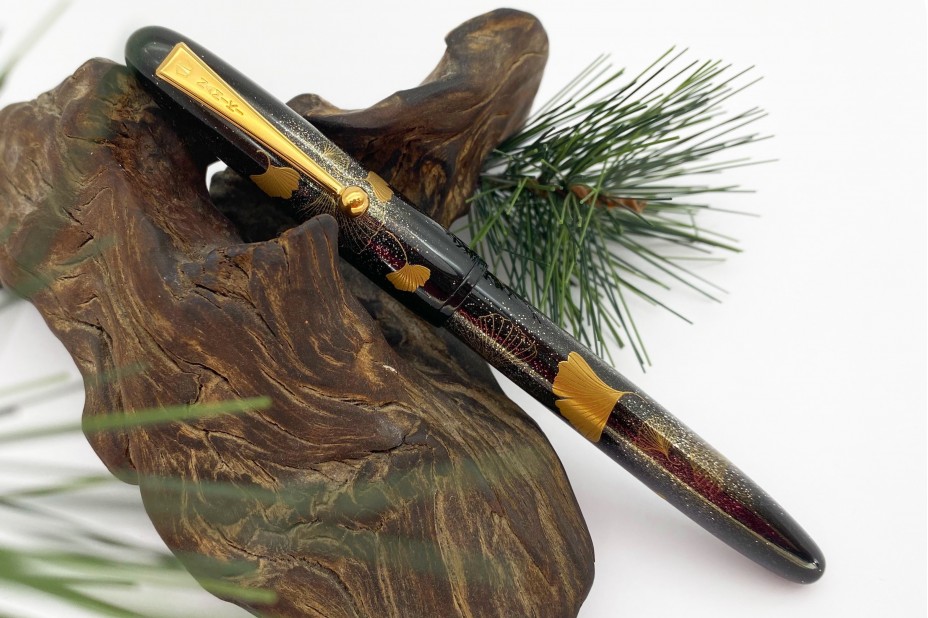 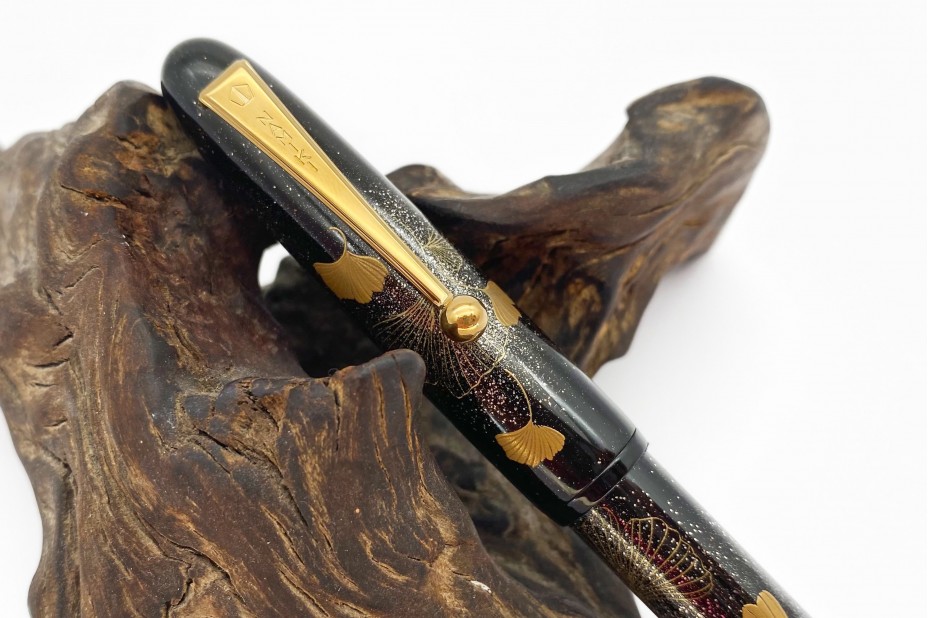 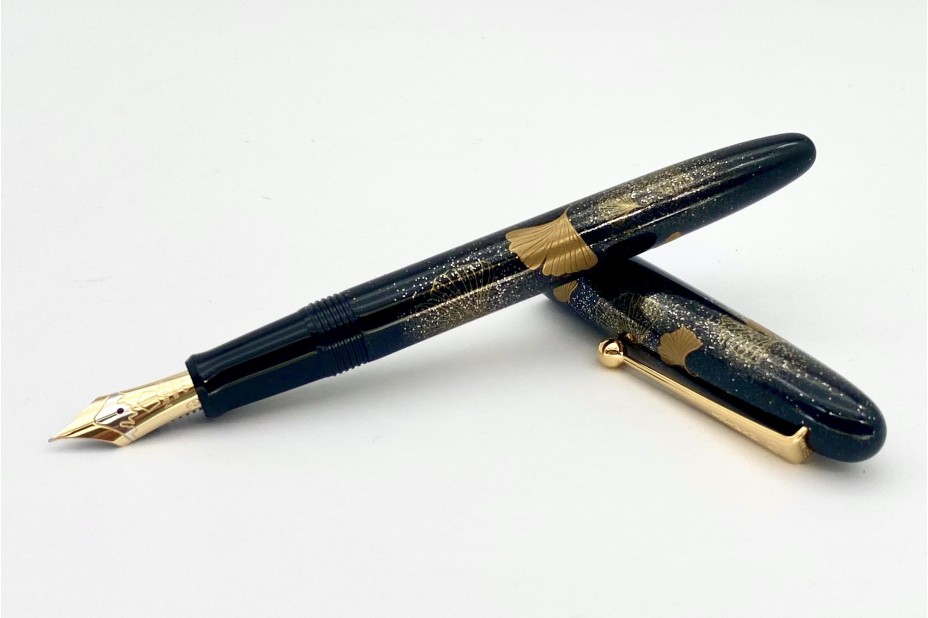 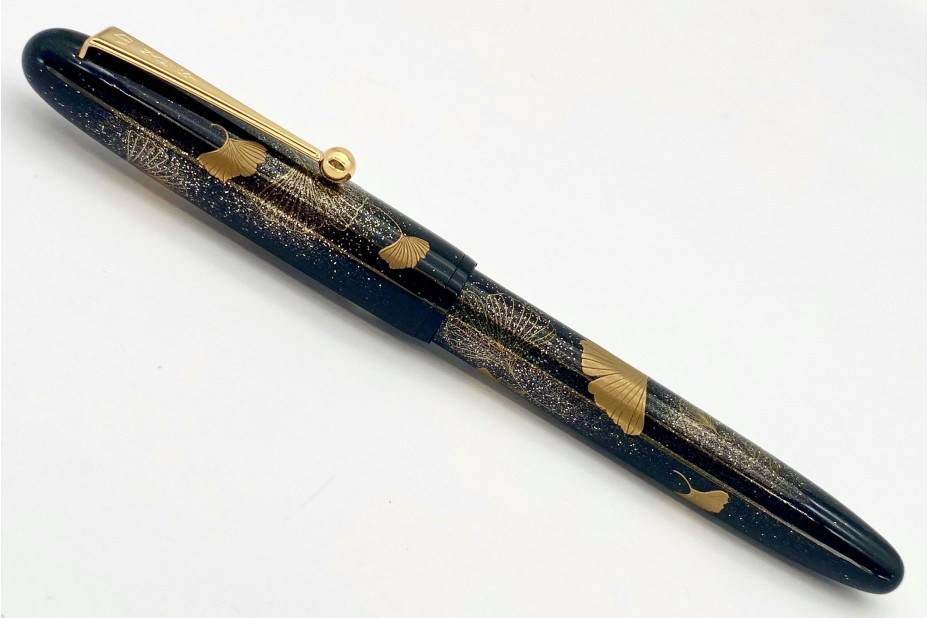 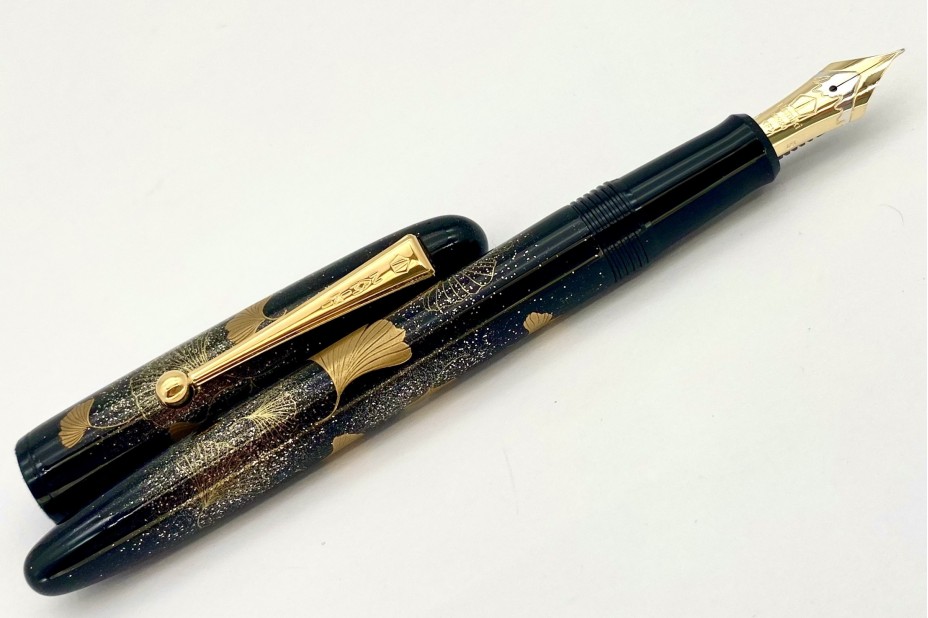 "The Tree That Time Forgot."
A thousand years in time it stands, the beauty of strength its name commands.

The Namiki Yukari Ginkgo is inspired by the ever popular fan-shaped leaf of the ginkgo tree, which turns bright gold during the fall period. Since antiquity, the ginkgo leaf has been a source of inspiration for artists in Asia and all over the world.

Viewed by many as the symbol of peace, hope and vitality, it also evokes love and duality. Each leaf is composed of two distinct lobes, the Yin and the Yang, the feminine part and the masculine part of the original tree. The latter, able to live more than 1000 years, to resist the flames and time, is often found near Shinto shrines and Buddhist temples.

This fountain pen, signed by the artisans of the Kokkokai group. The pen was made in Togidashi maki-e, with additions of silver powder, Ginkgo leaves in Hira maki-e and their veins using the delicate kakiwari technique of applying gold powder without lacquer.

Equipped with an 18 karat gold nib with the effigy of Mount Fuji, we hope that this limited edition with a new motif will bring luck and happiness to its owners, line after line, in 2022.

Only 300 pieces of the Ginkgo will be made.