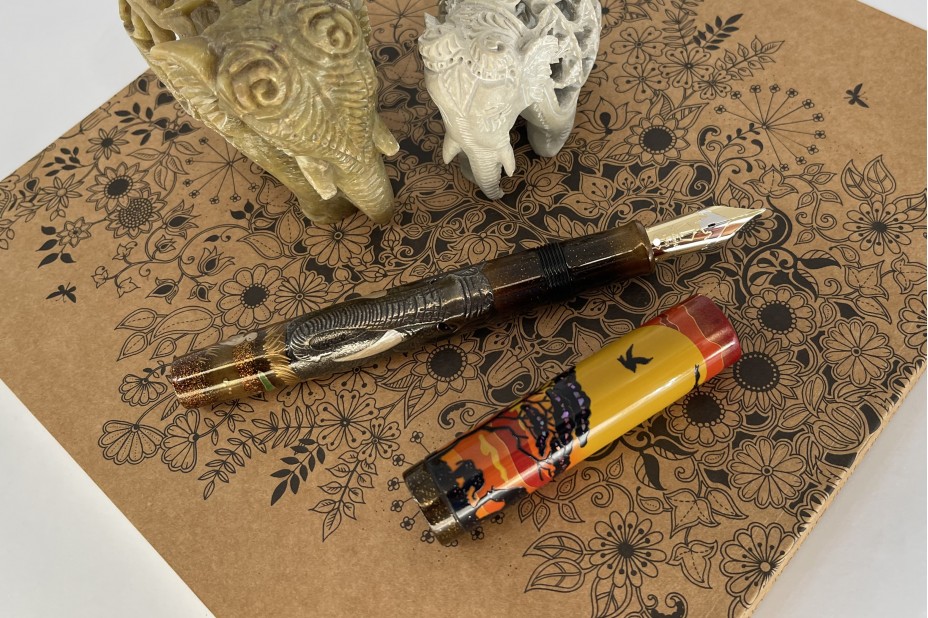 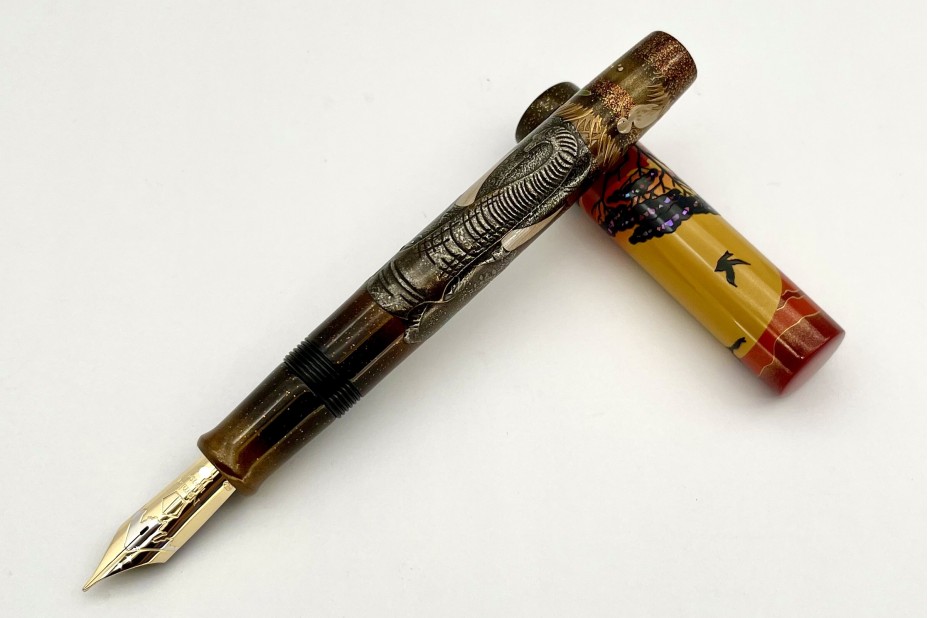 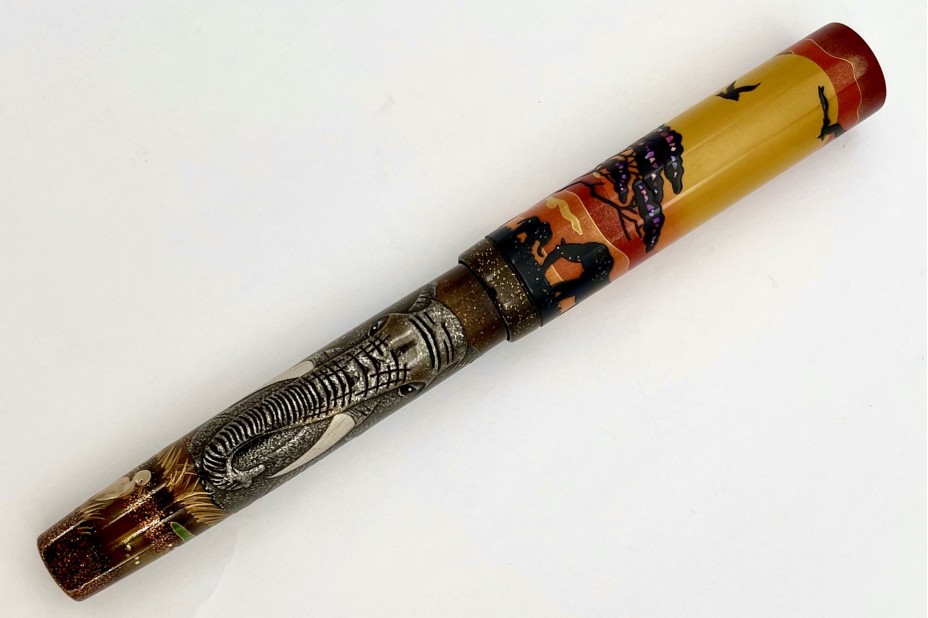 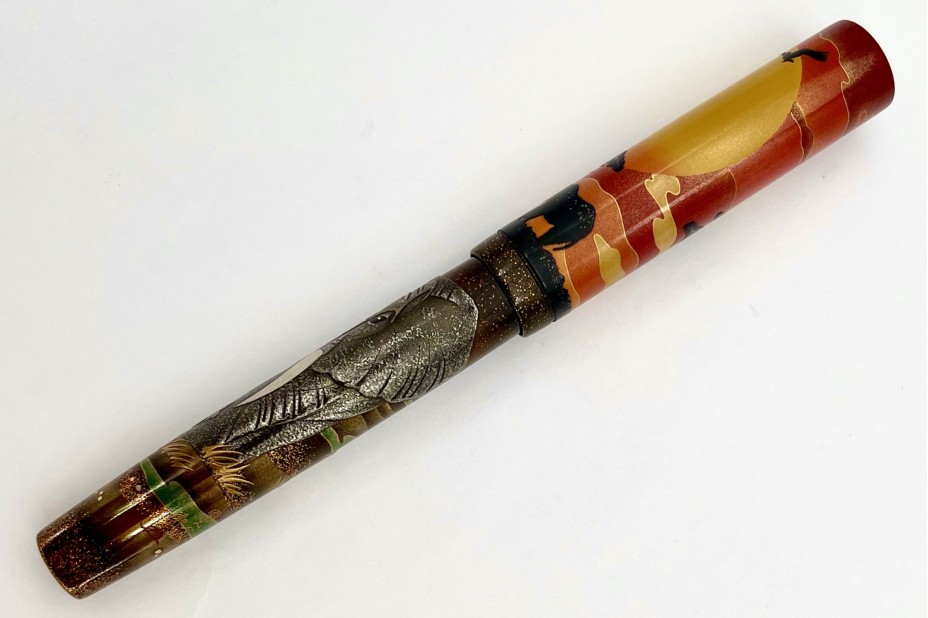 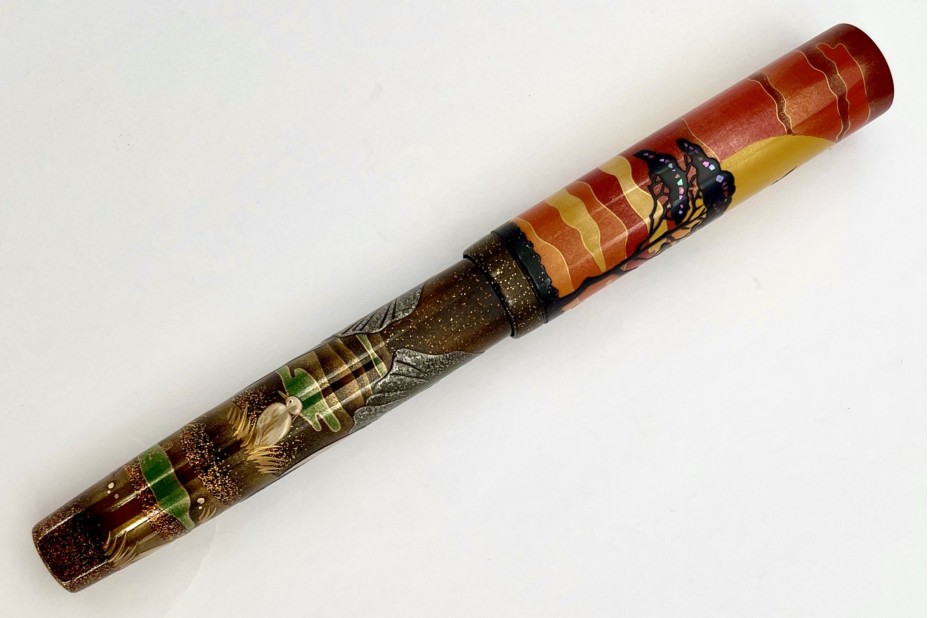 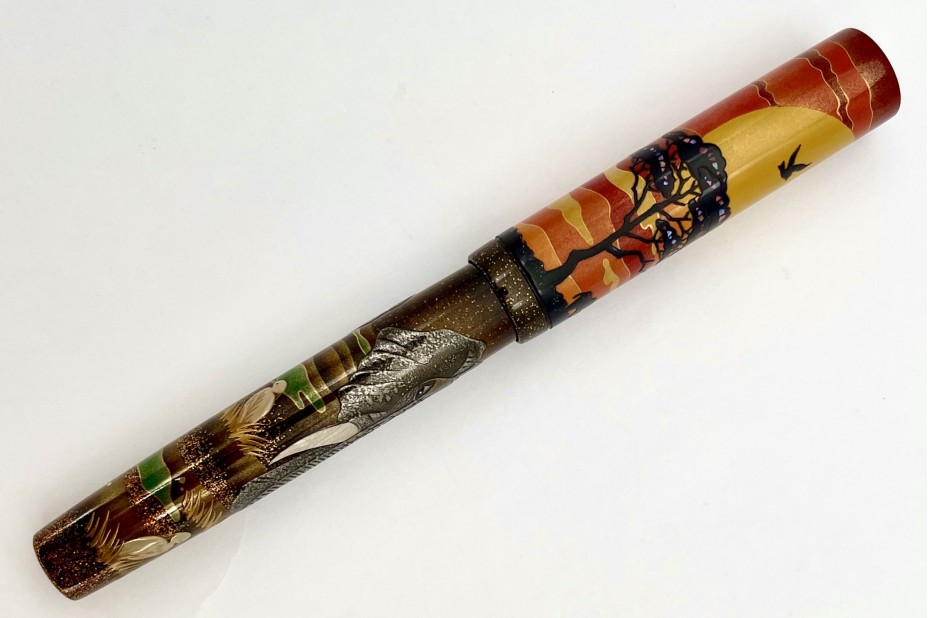 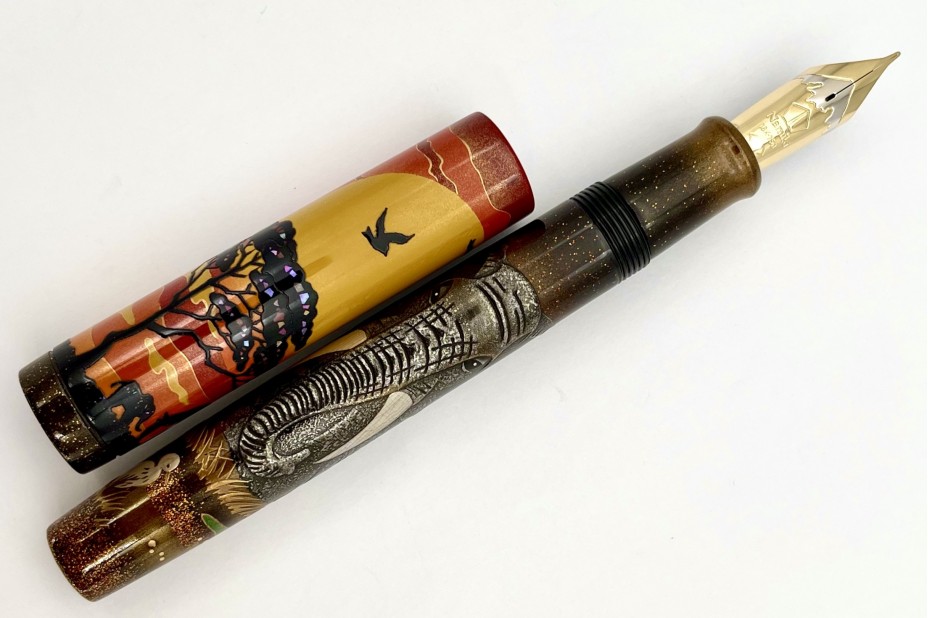 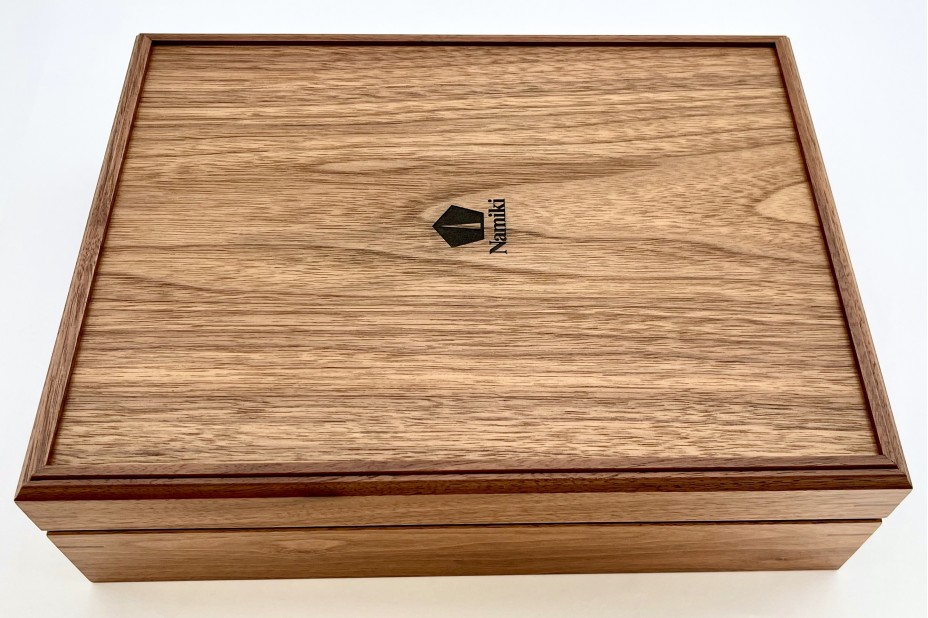 Newest addition to the Namiki Collection is this 2022 Limited Edition Emperor, The Elephant. This exceptional artwork featured on this fountain pen was designed by Mamoru Wakabayashi of the highly revered Kokkokai group. Many months was spent to expertly handcraft each Elephant pen and there are only 99 pens worldwide.

The artwork on the barrel was designed by using the traditional Maki-e lacquer work, including Taka, Togidsashi, and Shishiai Togidashi-Taka Maki-e techniques with stunning mother-of-pearl Raden elements. The Elephant has a classical Emperor vest-type body style and is enhanced with a traditional 18-karat gold, rhodium plated nib featuring the iconic silhouette of Mount Fuji, available in Medium or Broad nib sizes.

African elephants are the largest land mammals on the planet and live extraordinarily long lives, with an average life expectancy of 60 years. Elephants symbolize survival, prosperity, and life due to their intelligence, wisdom, patience, and fierce loyalty. Elephants are also symbols of family happiness, as they live in close-knit family units. Female elephants live together with their calves in a herd of three to ten until the calves become independent. African elephants grow in their mothers’ wombs until they are quite developed, weighing up to 265 lbs., and immediately join the herd at birth. Upon the calf’s arrival, all elephants in the heard recognize the newborn as family and protect both the calf and the mother. The herd shares information with each other such as where to find food and water, how to live on the move, and how to behave in a group of adults, acquiring social skills in the same way as humans do.

The vibrant scene of a sunset over the Savannah is depicted on the cap of the fountain pen using Togidashi Maki-e. The mother and calf, tree, and birds are brought to life through Taka Maki-e and with Raden inlay. On the front of the barrel, a single elephant is represented using Shishiai Togidashi-Taka Maki-e (Combined Raised and Burnished Maki-e), allowing the elephant’s strength and texture to be felt by the touch of the hand.