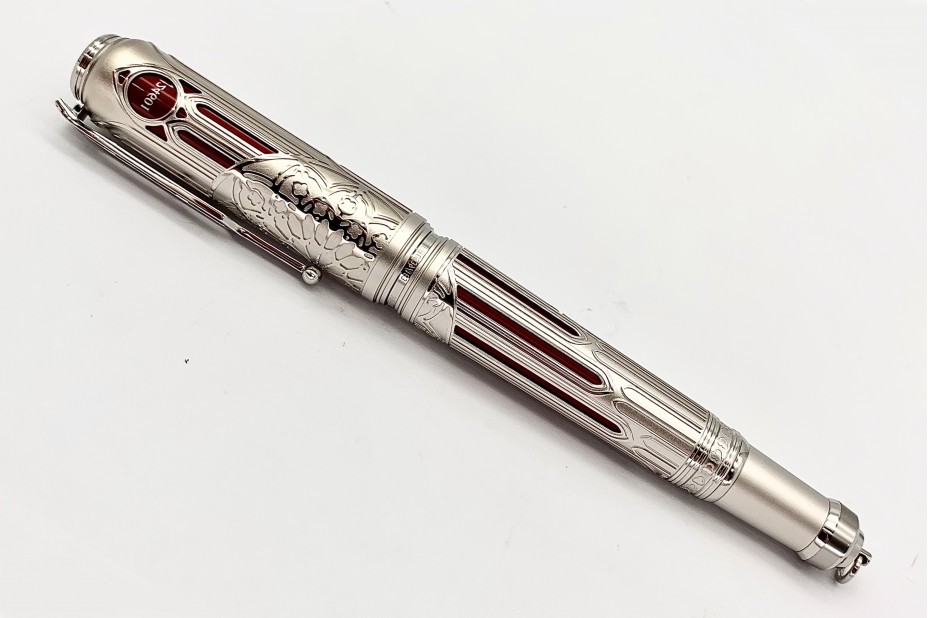 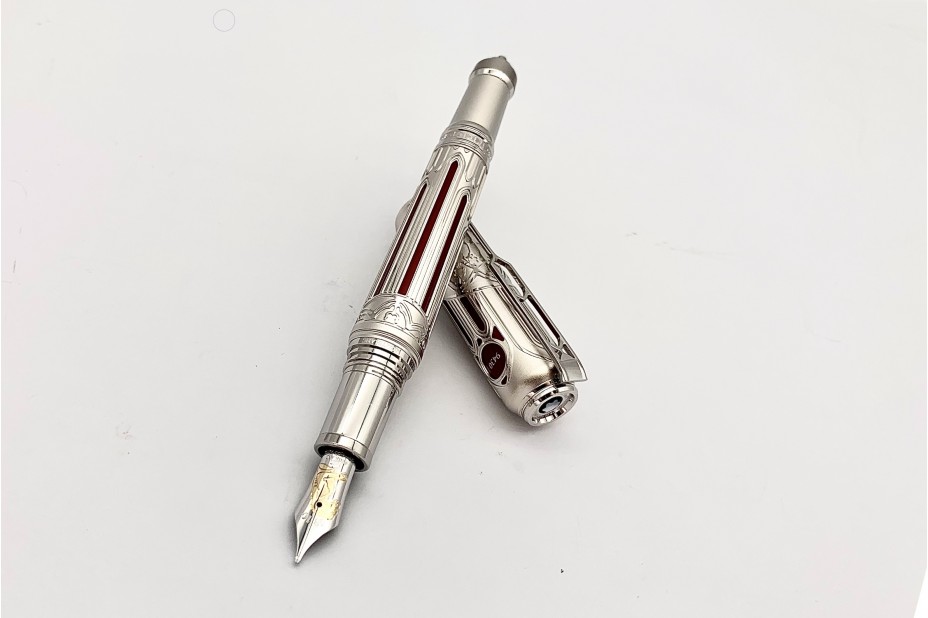 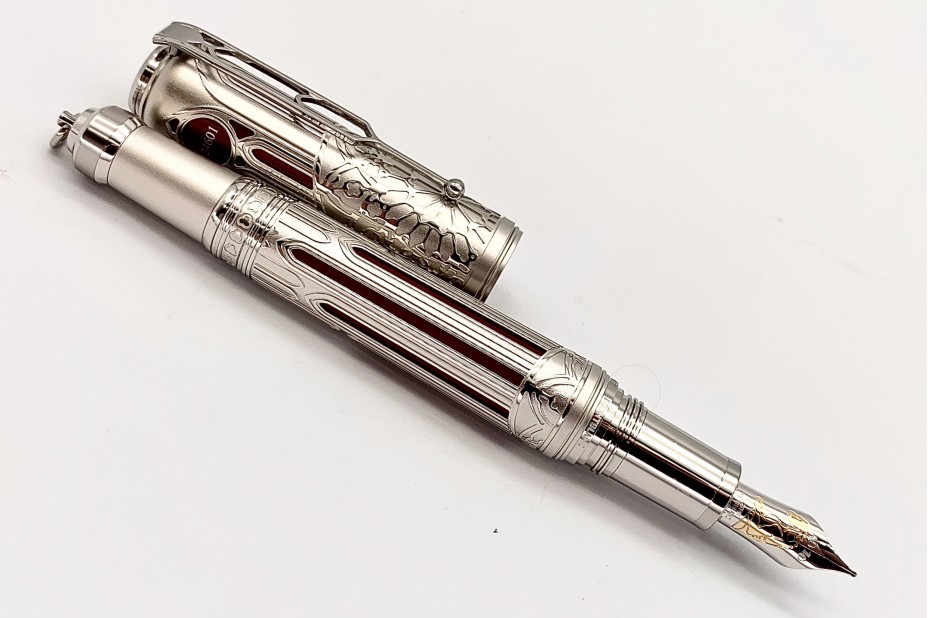 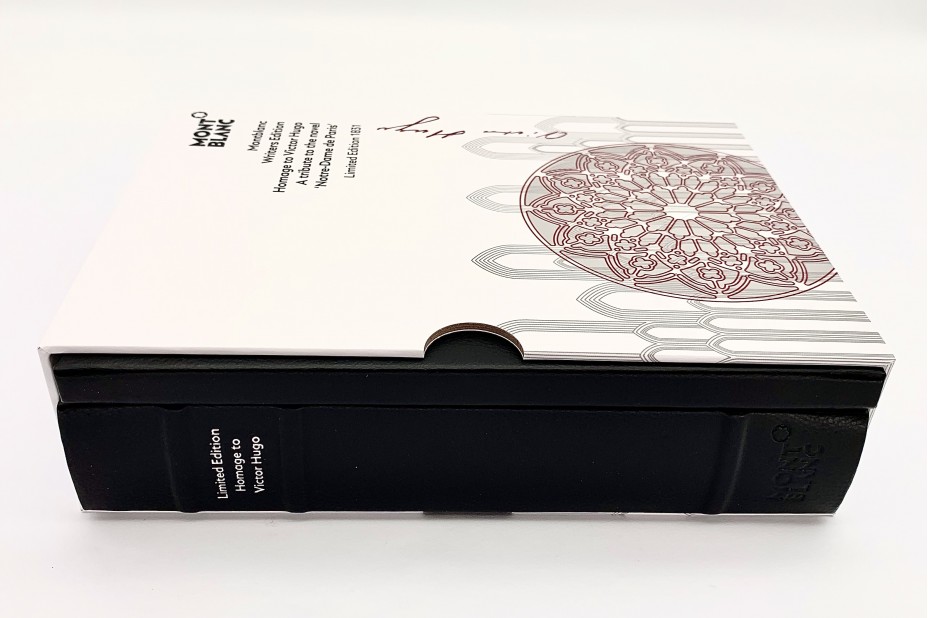 The Clip is Platinum-coated clip. While the cap & barrel have red translucent lacquer with skeletonized metal overlay and platinum coated. The Nib is hand-crafted in 18 K yellow gold with partially rhodium coated nib and special design on it.

The Montblanc Writers Edition Homage to Victor Hugo Limited Edition 1831 is dedicated to this literary genius whose life and works shaped the French nation. The edition is inspired in many details by Victor Hugo’s novel and by Notre-Dame. The cap and barrel are decorated with gothic arches and a rosette on the cap is an homage to the rose window of Notre-Dame. The end of the clip, which is shaped like the clapper of a bell, recalls the bell ringer Quasimodo and the bells of Notre-Dame. The cone of the Limited Edition 1831 is decorated with an engraved trefoil frieze, which is also part of the architecture of Notre-Dame. The shape of the cone, with a single chain link at the end, recalls the posts to which Quasimodo was chained. The yellow lacquer on the bottom of the cone is the reference to the yellow prisoners passport given to Jean Valjean. An engraving of the line ‘Chaque homme dans sa nuit s’en va vers sa lumière’ from Les Contemplations on the cap top symbolises the idea of redemption. The cap top is also crowned by the Montblanc emblem in mother-of-pearl. In honour of the year of the publication of Hugo’s novel Notre-Dame de Paris (1831), the edition is limited to 1,831 pieces.