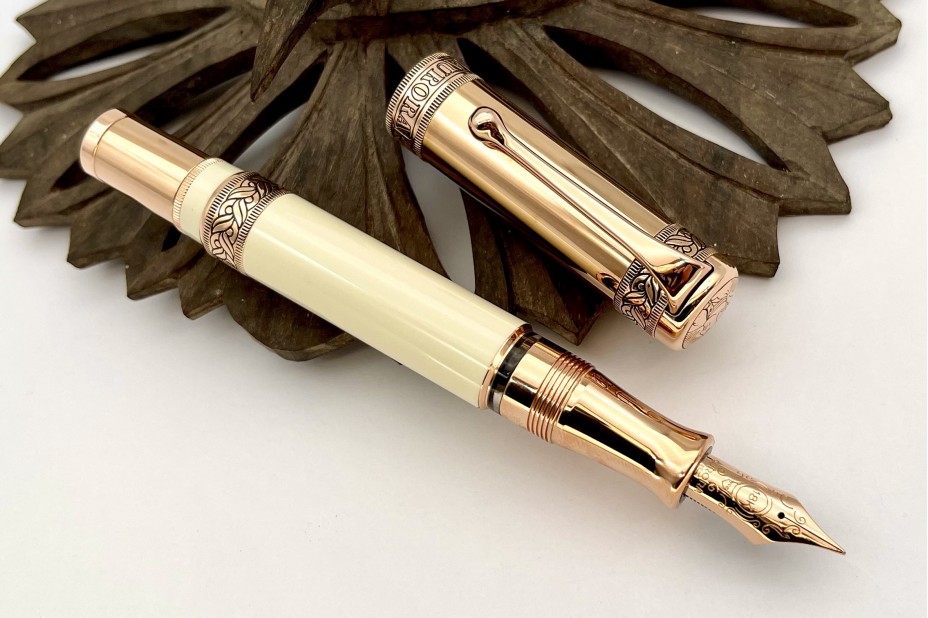 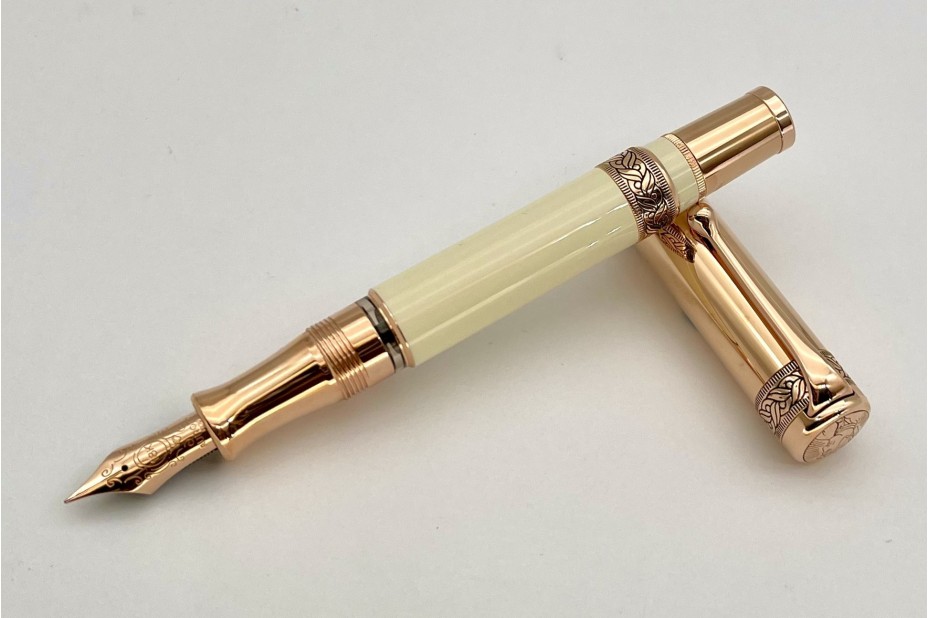 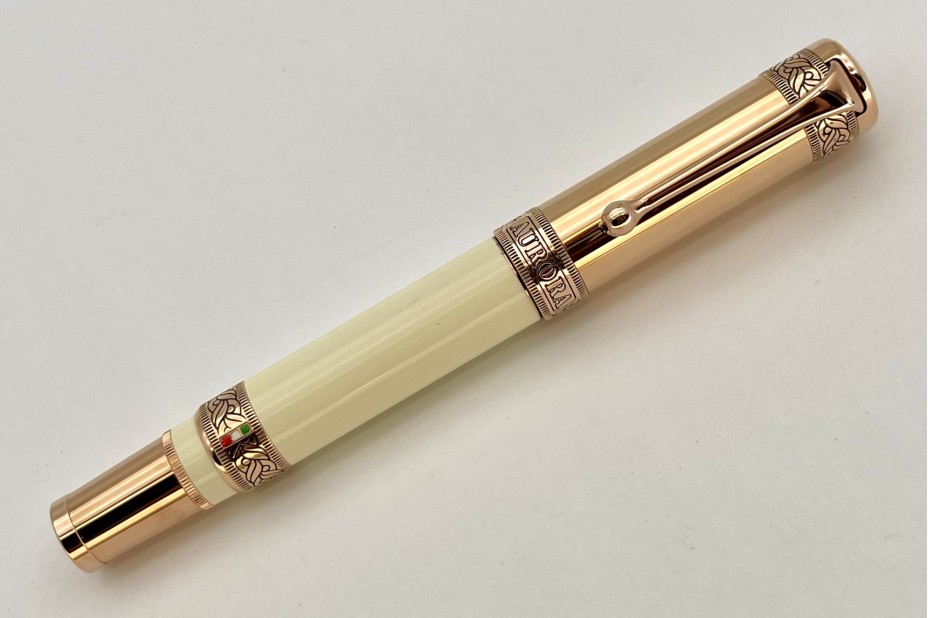 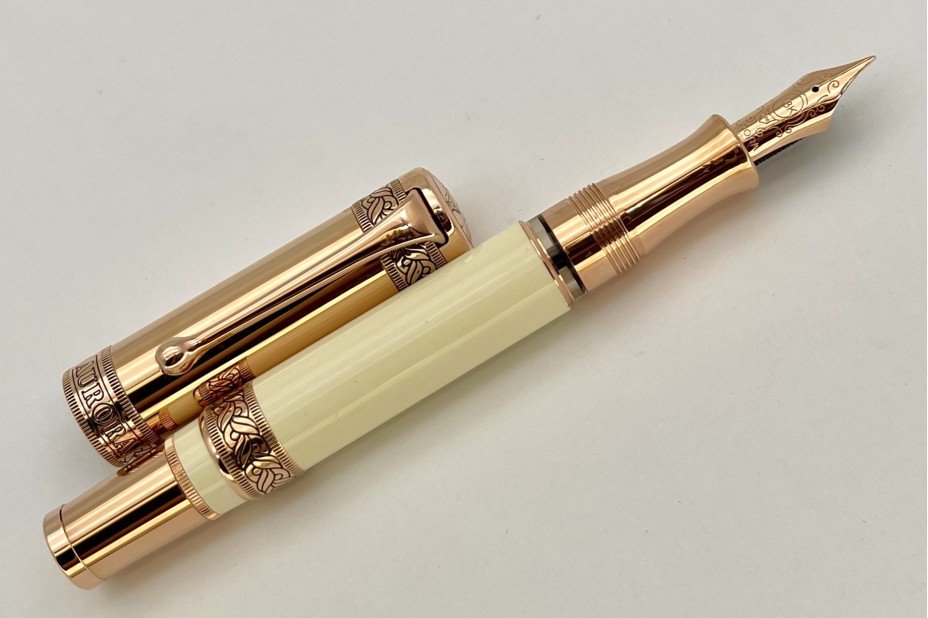 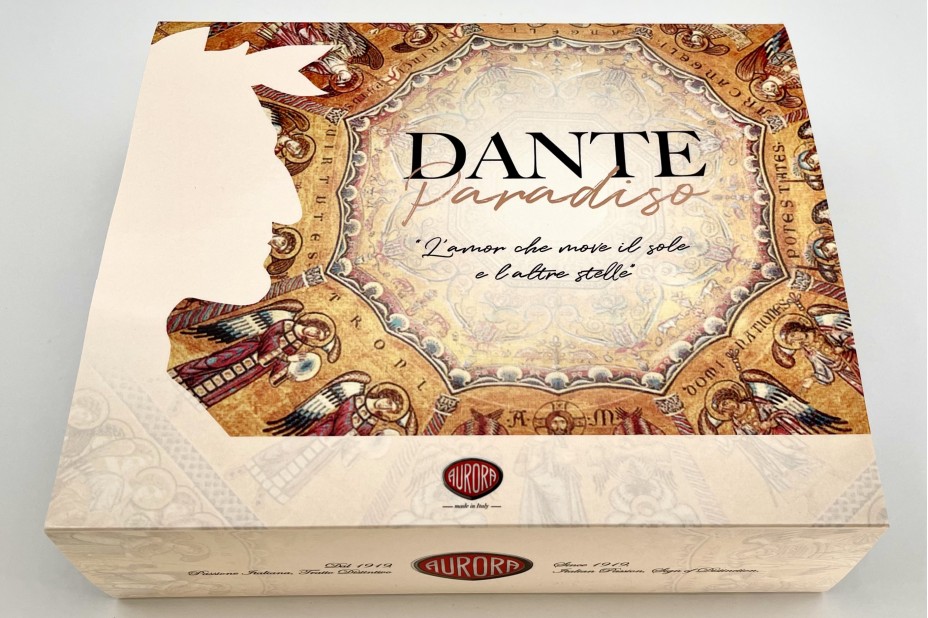 Dante Alighieri plays a fundamental role as founding father of the Italian language. Through his most important work, “The Divine Comedy”, Dante is a source of inspiration for lovers of art and literature. Aurora is proud to present the latest Limited Edition dedicated to the Divine Comedy: the Dante Paradiso Pen. The final destination of Dante’s journey, which started with the Dante Inferno Pen and is finished in the 700th year after the death of the Supreme Poet with the Dante Paradiso Pen.

Paradise is the third of the three canticles of Dante Alighieri’s Divine Comedy, after Hell and Purgatory. Eternal bliss dwells in Paradise: souls contemplate the divinity of God and are filled with grace. As Dante ascends, the brightness increases around him, and the smile of his guide Beatrice becomes more and more dazzling.

The Dante Paradiso is executed in white lacquer, embellished with rose gold plated trims, section and cap. The cap has an image of Dante Alighieri and the lavishly decorated ring on the barrel features the Italian flag in green, white and red enamel.

The fountain pen has an 18 karat solid gold nib and is made in a limited edition of 1265 pieces(Dante’s year of birth). Comes in an elegant black lacquered wooden gift box. The limited edition number is engraved in the pen.